Economic Substance Legislation in the BVI and Cayman Islands – Does it Affect Your Company and How?

The Organization for Economic Cooperation and Development (“OECD”) issued a document titled “Resumption of Application of Substantial Activities Factor to No or only Nominal Tax Jurisdictions” in November 2018 (the “OECD Document”). The OECD Document echoed the guidance for determining substance when considering whether a tax measure is harmful or fair as set forth in the European Union’s (“EU”) inter-governmental Code of Conduct Group (Business Taxation) which was formally endorsed in June 2018.

To avoid being blacklisted by the EU, a number of no or nominal tax jurisdictions including the British Virgin Islands (“BVI”), Cayman Islands, Bermuda, Barbados, Guernsey, Jersey and the Isle of Man, have taken prompt actions to introduce their economic substance legislation respectively to address the EU’s concern about a supposed “lack of economic substance”. In this article, we focus on the situations of BVI and Cayman Islands which are common jurisdictions for offshore company formation among our clients.

Requirements at a Glance:

*Note 2: The economic substance required to pass the test varies for different types of Relevant Activities. The requirements applicable to pure equity holding companies (i.e. those that only hold equity participation in other entities and only earn dividends and capital gains) are minimal. On the other hand, the requirements applicable to high-risk intellectual property business are more stringent. The legislation of the Cayman Islands indicates that outsourcing CIGA to third parties or group entities within the jurisdiction is permissible, provided that the specified conditions are satisfied. For the BVI, the ability to use a service provider to meet the substance test is implied.

*Disclaimer: The information in this article is for general information only and it should not be relied upon without seeking professional advice and conducting a thorough evaluation of your circumstances. The relevant guidance and codes in relation to the economic substance legislation in the BVI and Cayman Islands are still evolving and subject to change. We will endeavour to provide you with the updated information upon release of the same.

What Should You Do Now?

To avoid violation of the economic substance legislation, it is critical for you to click off early. With the assistance of our partnering registered agents in the relevant jurisdictions, we are delighted to help you conduct a preliminary assessment on whether your BVI / Cayman Islands company falls within the scope and formulate action plans to fulfil the substance requirements where necessary. As a further step, we offer assistance in helping you revisit your group structure and devise the restructuring plan.

hkMS provides you with professional advice and assistance. Please do not hesitate to contact us for discussion. 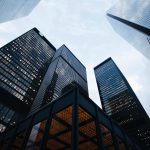 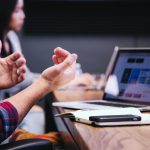 Impact of Covid-19 on the future job market 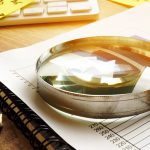